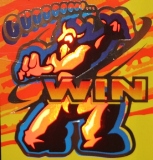 I have had New Pulsar RZ for about 2 months and it is a nice, clean and simple game. It appears to be a re-release of New Pulsar R. After doing some research, it was the last in the New Pulsar "R" series and shares the external design from Pulsar R. Inside it is quite similar as well with the exception of the 4th reel, in the RZ, the 4th reel is transparent and backlit, it is behind the 1,2,3 medals numbers on the right and when lit up it spins (only in big bonus) it shows a frog in an alligator's mouth. It is a 24 Volt machine. So, it needs a transformer to run on household current. It does have a neat little "quirk", instead of the wait light like many of my machines have, it starts spinning the reels one at a time from right to left while playing a tune.
Gameplay is real basic, as a re-release of an earlier machine it keeps the characteristics of that machine. There is a row of LED's to count your winning games in bonus rounds and a nice light show too.
Build quality is about average, it is built well and looks nice. I would have liked to see backlit reels (all of them), but it does have a couple of interesting lights. One light is in the top of the coin slot (it's the insert medals light) and a light on the spin knob (it's the start light) I think those are Yamasa only features and I have seen them in pictures of other Yamasa machines.
It is an entertaining machine and I like its simplicity. 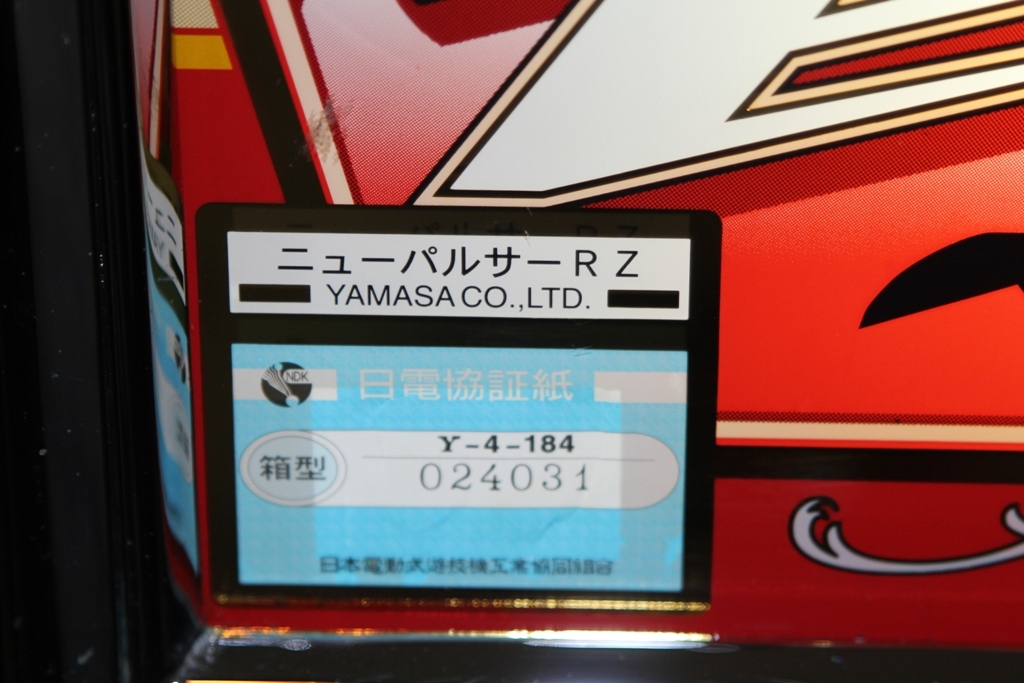 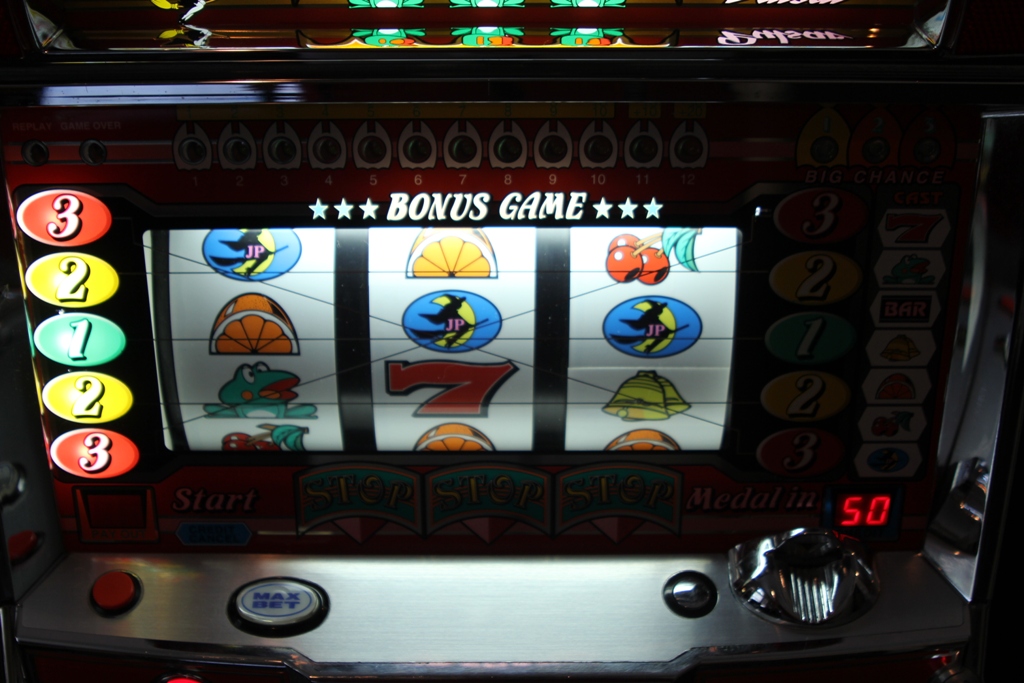 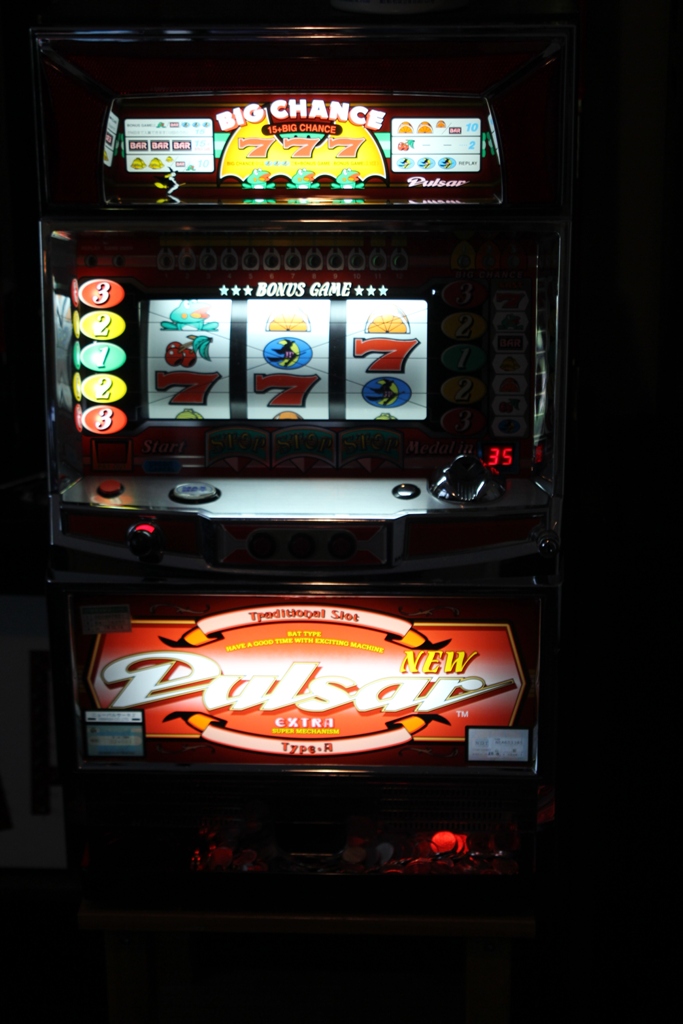 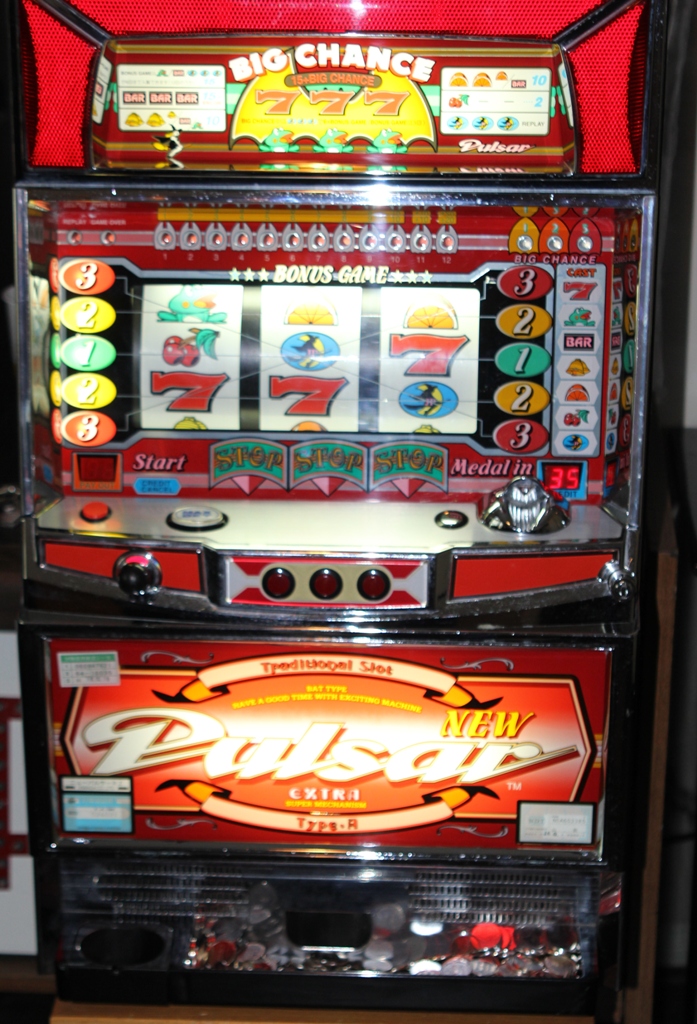