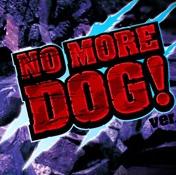 Recently started playing this one a fair bit. At first I thought (this is my main gripe with the machine) "I've been at work for 5 days... Why am I sitting here playing a game with a theme of work???" Maybe a sort of Busman's Holiday for people that can't get enough of the office environment. For me, the cabinet looked good (nicely updated Sammy one)
The game has dual themes, with office work and with street fighting. The base games will be very much weighted towards the office work. It can get a little dry with wins, as this is one of the machines where everything will pay a Replay, or 3 coins or less, in the base game. There are several events that occur though that keep you busy and aiming for certain symbols. It took me 500 spins or so to hit a bonus and the balance of drier play and chances was near enough spot-on... Not too dry to bore you, but not too many chances to make you get fed up trying. There are also several things that flash up on the screen to entice you in further and one-off ATs that may trigger.

The bonus was my favourite aspect as it was one I'd never played before. You get a set of 50 games which play out as a 'rush' and along the way you are offered chances to activate the BIG BONUS. It's actually quite a small bonus - 10 sets of bells(safety helmets) is your limit... But Kintaro will come back on screen and say "Mada Mada!" and give you Extra Bonus. This is where you can accrue more games adding to your 50 'Rush' games. Sometimes he will come on screen multiple times for the "Mada Mada!" extra bonus. After this, you go back to your remaining Rush games. It is very possible to hit multiple sets of 7s and fists in one set of rush games which makes this so fun. The FX are also very enjoyable, with lots of loud Thumping sounds when you land fists and 7s, and my personal favourite, a vibrating PUSH button.

I'll be honest I was a bit reluctant to sit on this one due to its theme and paytable etc. but I'm glad I did, and I have done multiple times now. A good solid 9 from me.
Top
Post Reply
1 post • Page 1 of 1